Find us Book an Appointment €

No products in the cart.

Gogas company takes care of your safety on the road for more than 40 years!
We are by your side in three different spots Triklino, Solari & Arta ready to take care of your car! 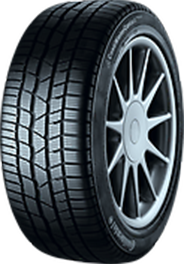 The company “Gogas” was founded in 1977 in Paramythia, Thesprotia by Pavlos Gogas. At first, the operating object was the ownership of a gas station and also the retail sale of car lubricants.

Between the years 1981 and 1988, the company undertakes the exclusive representation of Peugeot cars in the area of Thesprotia, while adding to its sale range products, such as car tires, wheels, spare parts, and car accessories.

It is worth noting that since 1984 the company is active in both retail and wholesale, creating the first network of partners in Epirus and the Ionian Islands. A milestone for the company was the creation of its second store in Corfu in 1991 and the parallel development of the partners network throughout Northwestern Greece.

In 1998, the founder of the company, Pavlos Gogas, passed away and the company is now taken over by his three sons, Konstantinos, Nikolaos and Dimitrios, who continue the operation successfully until today.

A year later, the company starts cooperating with the largest companies of Tires and Lubricants in Europe, introducing branded products of the largest factories, such as Bridgestone, Continental, Michelin, Toyo, Fulda, Goodyear, Aral, Castrol, BP, Valvoline and many more.

In 2003 the company enters the car wash field with the creation of the Gogas Car Wash in Corfu, which uses one of the most modern and efficient machines of German origin, with the ability to take care of more than 300 cars per day.

Today, the company’s network is expanding throughout Greece, having developed into one of the leading tire importers in such categories as, passenger vehicles, earthmoving and industrial machinery as well as tires for trucks and motorcycles.

The company’s team consists of experienced partners who deal responsibly with the promotion and support of its products and provide an excellent after-sale service.